The I-80 Ridge to Route 30 Project began in 2010 with a plan to take a detailed look at the current and future transportation needs for the improvement of Interstate 80 from Ridge Road to US 30. Interstate 80 is an important link in the nation’s interstate system, and is the second longest interstate highway in the U.S., connecting downtown San Francisco, California to Teaneck, New Jersey, and the first to be completed coast to coast. Much of I-80 across northern Illinois was constructed in the early 1960’s, with the route through south suburban Chicagoland opened to traffic by 1964. 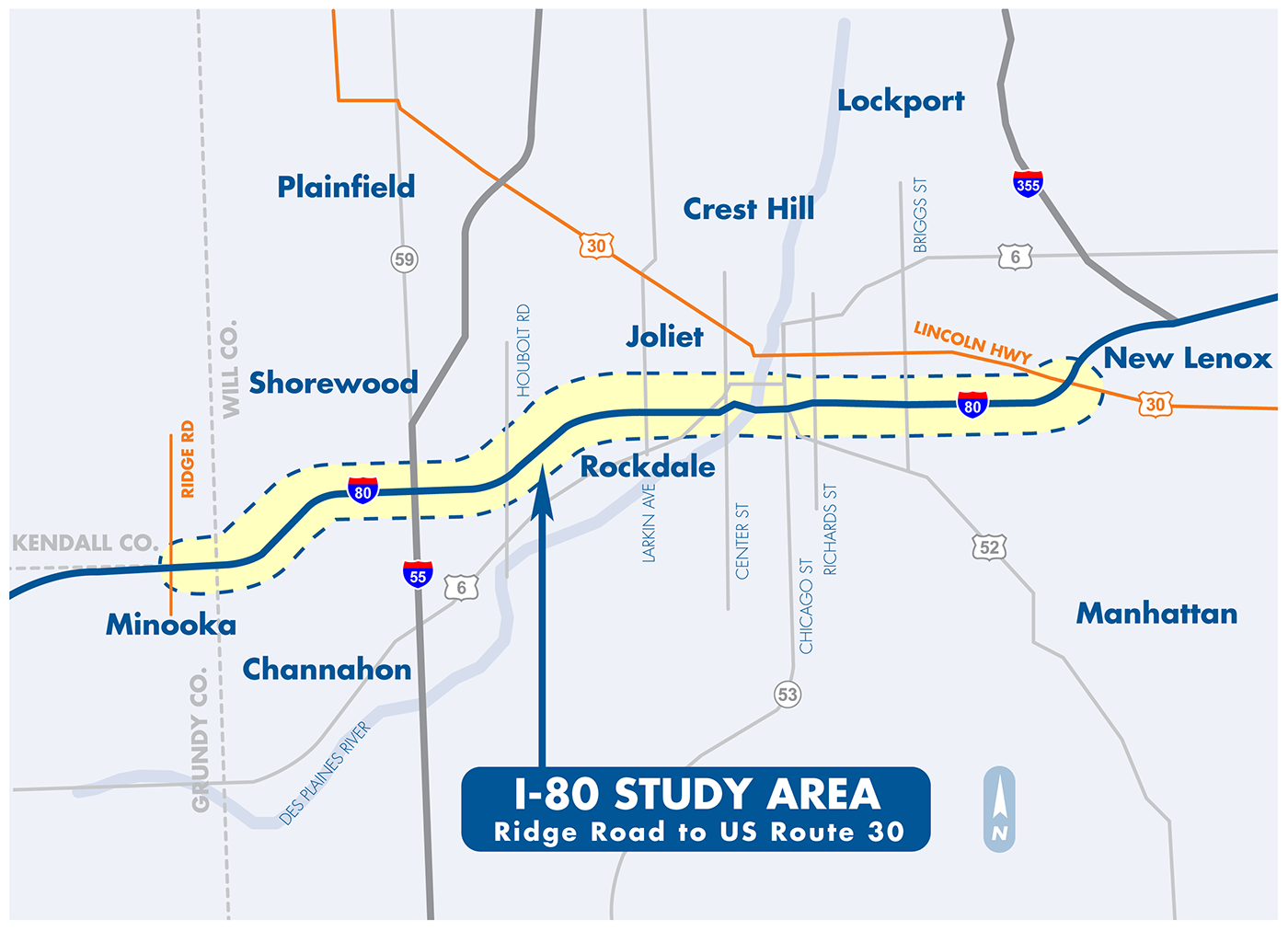 Click the map to the right to view a larger image. 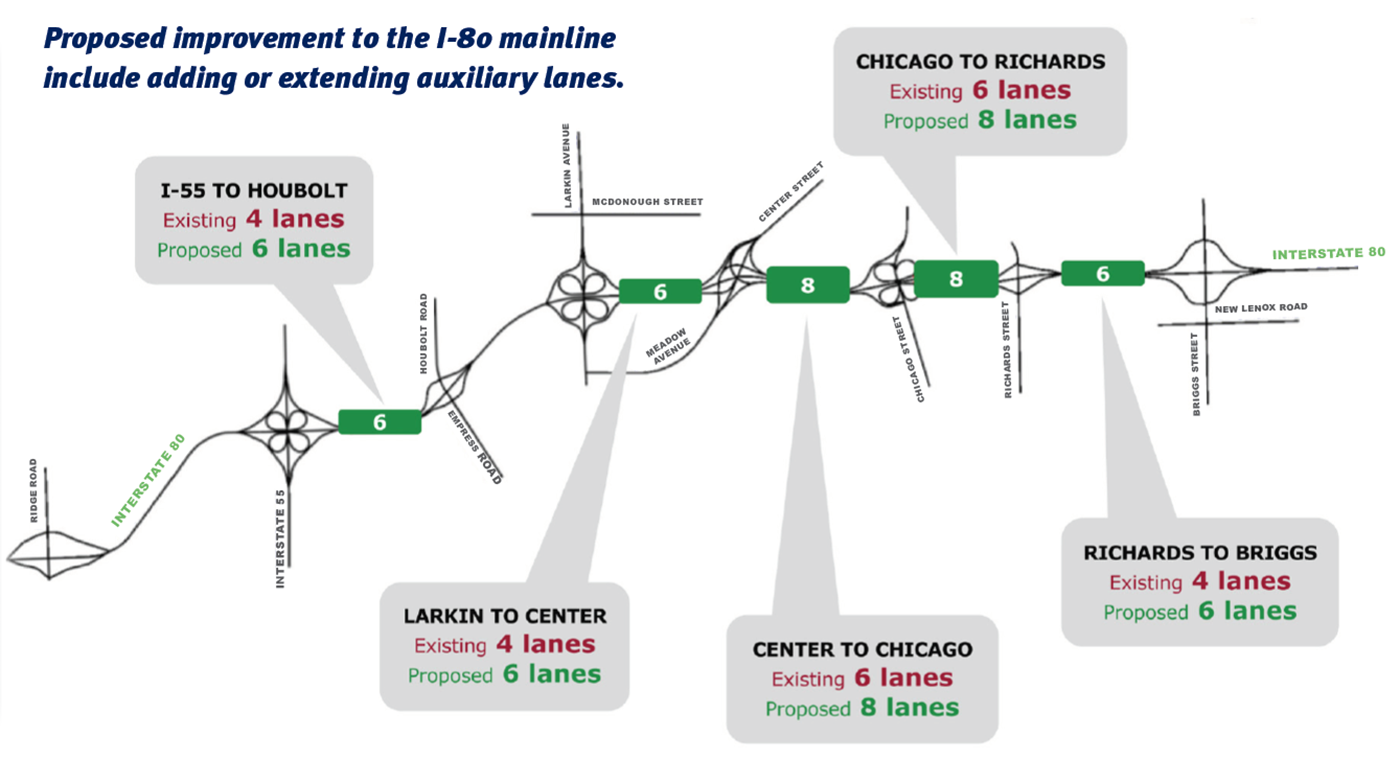 For more information on the I-80 Project visit IDOT’s website at http://i-80will.com