Study: 3.5% of GDP moves through Will County 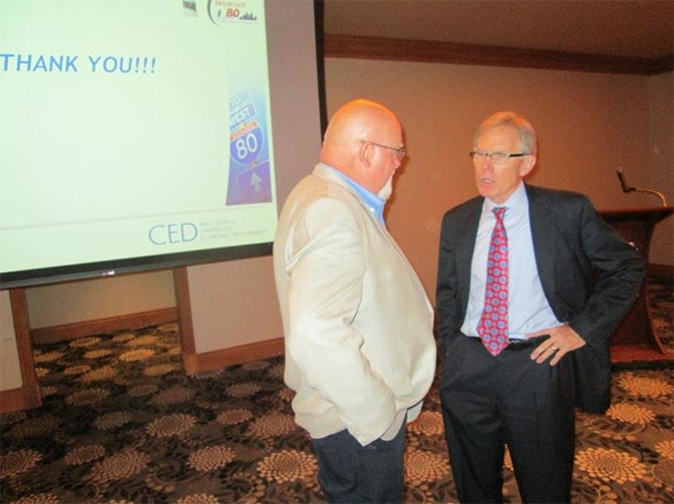 The freight is 3.5 percent of the nation’s Gross Domestic Product, said John Greuling, chief executive officer of the Will County Center for Economic Development.

The numbers generated from a Will County freight study done for the CED will be used in making the case for more federal and state funding to speed up I-80 improvement plans, Greuling told an audience at a Monday luncheon for the Joliet Region Chamber of Commerce & Industry.

Payment would come in the form of funding for I-80 improvements to move traffic more efficiently and safely through the county, he said.

“We know that freight volume is a safety issue. It’s a huge safety issue,” Greuling said. “I-80 is probably the poster child for that.”

The I-80 Coalition was announced in late June and is in the process of incorporating itself into a nonprofit group. Members include representatives from government, business and labor.

The focus is a 16-mile corridor of I-80 that runs from U.S. 30 in New Lenox to Ridge Road in Minooka. The Illinois Department of Transportation has long-term plans for improvements along the stretch but total costs are estimated at $1 billion.

Some I-80 projects are already in the works, including reconstruction of the interchange at U.S. 30, Greuling said. Also, funding is in place for deck improvements and wider shoulders on several I-80 bridges. Other potential projects include rebuilding the Chicago Street interchange, replacing the Des Plaines River bridge and adding lanes.