New coalition wants to speed up I-80 work

I-80 Coalition brings together local government, business and labor 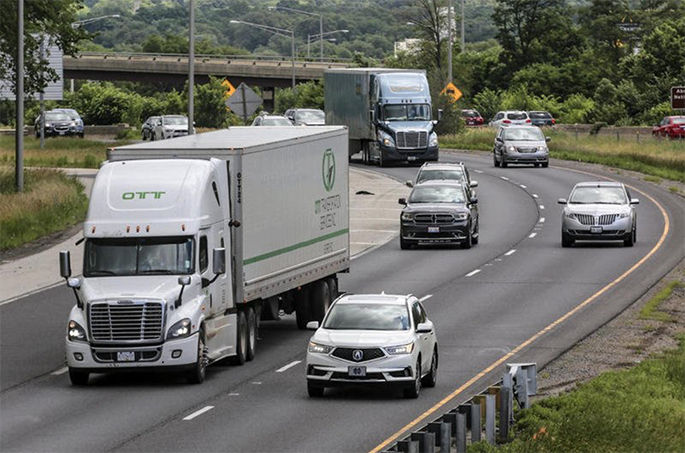 A new I-80 Coalition is being formed to speed up long-term plans to improve the interstate.

The group held its first meeting Wednesday with more than 50 representatives from government, business and labor, said John Greuling, CEO of the Will County Center for Economic Development.

Greuling said a similar coalition was formed to promote the construction of Interstate 355 in Will County, and the same kind of effort will be made to move Interstate 80 plans ahead of the tentative 15- to 20-year schedule that the Illinois Department of Transportation now has for the project.

“We’re really going to be a cheerleader and a lobbying group to get the project done a lot quicker than IDOT thinks they can get it done,” Greuling said.

That likely will include exploring alternative sources for funding improvements, he said.

IDOT has a plan costing at least $1 billion plan for I-80 improvements along a 16-mile stretch from New Lenox to Minooka. It includes major projects such as the replacement of the Des Plaines River bridge in Joliet, reconstruction of the Chicago Street interchange and additional lanes to improve traffic flow.

Funding is not available for the entire plan, however.

The state’s five-year plan only includes funding for replacing smaller bridges at Rowell Avenue, Richards Street, Gardner Street and Hickory Creek, along with rehabilitation of the Chicago Street bridge.

But Illinois also has committed $21 million to build a new Houbolt Road interchange in Joliet once CenterPoint Properties moves ahead with construction of a bridge over the Des Plaines River.

The state this month also announced it would use federal funding to rebuild the Route 30 interchange in New Lenox.

Charles Gallagher, president of Gallagher Asphalt and a member of the I-80 Coalition, said more is needed to “bring I-80 into the 21st century.”

“I think that areas of I-80 have been neglected for a long time,” Gallagher said. “Unfortunately in Illinois, there are too few dollars chasing too many needs. If we’re not there, we’re not going to get anything done.”

James Roolf, president of First Midwest Bank’s Joliet Banking Center and a member of the group that pushed for construction of I-355, said there was a lot of enthusiasm at the I-80 Coalition meeting.

“I think there’s a lot of interest in working through this,” Roolf said. “This is a much larger group than the [I-355] group was.”

The first goal of the coalition, Greuling said, will be to establish itself as a nonprofit so it can begin raising funds for education and lobbying efforts.

“One of the things we want to do is make sure the discussion on I-80 is factual and accurate,” he said.