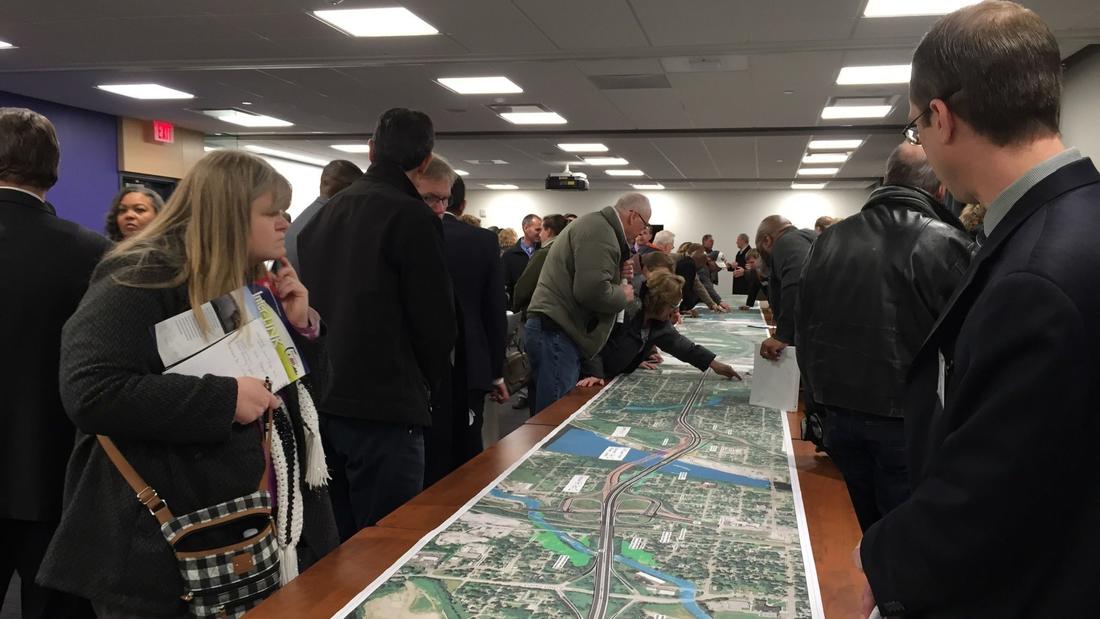 Earlier this year, IDOT detailed its I-80 Project of proposed improvements to a 16-mile stretch of the interstate from U.S. 30 to Ridge Road, but said it lacked the funding. A new I-80 Coalition will seek funding to accelerate the road work. (Susan DeMar Lafferty / Daily Southtown)

Several government, business, construction and labor officials met for the first time Thursday to lay the groundwork for a strategy to create and fund a public awareness and lobbying campaign to rev up the state’s “I-80 Project.”

Earlier this year, the Illinois Department of Transportation laid out its $1 billion plan to improve interchanges, repair bridges, and add auxiliary lanes on the interstate from Ridge Road in Minooka to U.S. 30 in New Lenox, but without funding, officials said it may take 15 to 20 years to complete. 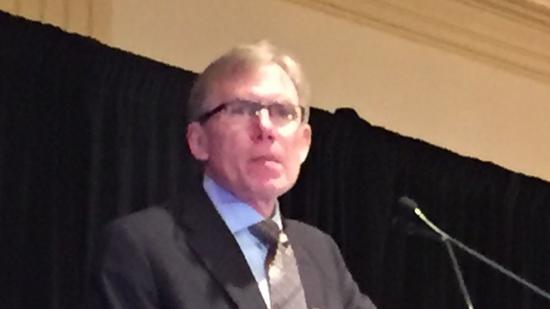 John Greuling, president and CEO of the Will County Center for Economic Development is spearheading the I-80 Coalition. (Susan DeMar Lafferty / Daily Southtown)

“We don’t have time for that,” John Greuling, CED president and CEO, said.

“If IDOT does not get the money for 15 or 20 years, I wonder if it will ever get money. That’s not acceptable,” he said.

While the idea for this coalition has been talked about for “quite awhile,” it was further fueled by the county’s Community Friendly Freight Mobility Study that showed that 60 percent of the nation’s freight moves through Will County, much of that on this interstate, he said.

It also was prompted by recent discussions of safety issues on I-80 and the controversial NorthPoint Development in Elwood, Greuling said.

Some groups opposing NorthPoint’s 2,000 acre business park called for a moratorium on warehouses and distribution centers until the infrastructure could better handle the increasing volume of trucks.

Rather than stop economic development because of inadequate infrastructure, the coalition wants to accelerate the road work, Greuling said.

While hesitating to put a specific timeframe on the coalition’s efforts, he said he would like to see “a lot of progress by 2025.”

The CED created a similar group years ago to push for the I-355 extension from Bolingbrook to New Lenox, he said. But unlike building a new tollway, I-80 still has to operate as a highway during construction, which makes it more challenging, he said.

The next steps for the new coalition are to formalize as a non-profit organization, create a leadership team, and raise funds for its research and lobbying efforts, Greuling said.

The group will push for funds to improve this oft-congested highway, which may involve the Illinois State Toll Highway Authority, he said.

“There’s a lot of misunderstanding about I-80 Project — we don’t just want to turn it into a tollway, but that will be part of the solution,” Greuling said, noting that both Will County and tollway officials have expressed an interest in tolling at least a segment of the interstate.

Greuling previously lobbied for the now-shelved Illiana toll road project as a bypass to I-80 through southern Will County, from I-55 to I-65 in Indiana, and still sees that as a potential — and quicker— solution to I-80, but it lacks the necessary political will, he said.