By ALEX ORTIZ
The Herald News 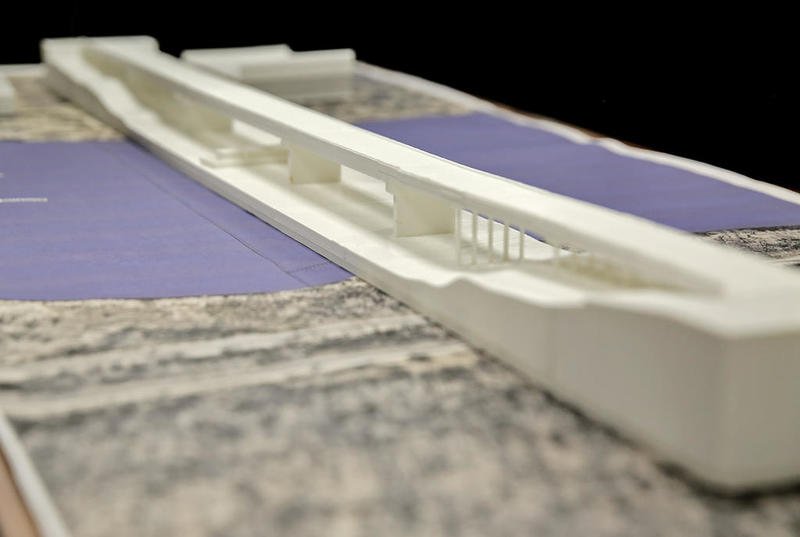 A 3-D printed model of the Houbolt Bridge sits on a piece of paper with the Des Plaines River on Aug. 14, 2018, during an informational forum at Joliet Junior College in Joliet.

The law, S.B. 531, allows the Will County Board to establish a rate for a toll bridge over the Des Plaines River near Houbolt Road, according to a news release.

Then-Gov. Bruce Rauner announced the proposed toll bridge in 2016 as a unique public-private partnership in which CenterPoint Properties would build and own the bridge. The bridge would cross the Des Plaines River and provide a direct connection to Interstate 80 for semitrailers coming out of CenterPoint Intermodal Center-Joliet.

Joliet area state legislators touted the legislation and its importance for traffic flow to I-80.

“The long awaited bridge project will begin the process of helping alleviate our congested truck areas,” state Sen. Jennifer Bertino-Tarrant, D-Shorewood, said in the release. “It is a good example of a private-public partnership benefiting our community.”

Read the full article at theherald-news.com