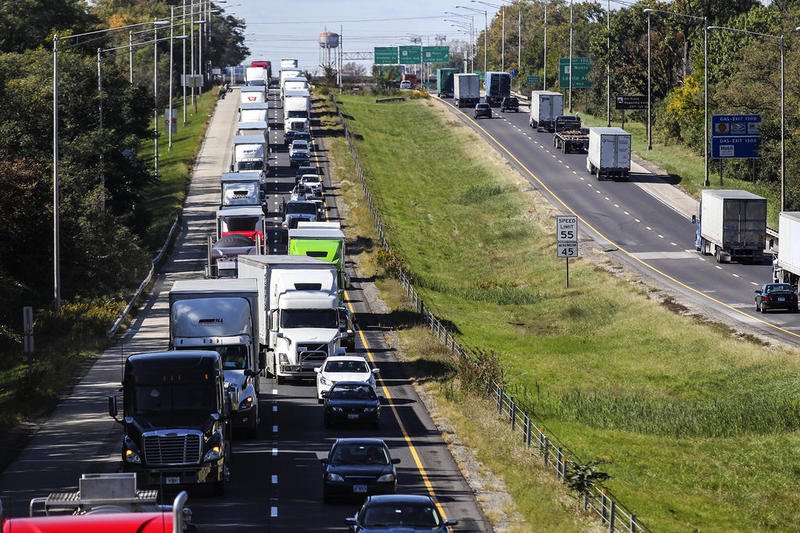 The resolution, if approved, would not finalize plans to convert I-80 into a tollway but could start the process. Walsh said the legislation is needed if a $1 billion-plus plan for improvements is ever to get funded.

“My purpose in introducing it is to bring that option to the forefront,” Walsh said. “We all know how bad I-80 is. We’ve been talking about it for I don’t know how many years.”

Talk about converting the local stretch of I-80 into a tollway has been going on for a little more than a year with the creation of two local groups – Residents United for Safer Highways (RUSH) and the I-80 Coalition – that are pushing to accelerate state spending on the planned improvements.

Walsh’s proposal would continue the I-80 tollway that now exists in Cook County and extend it west to Route 47 in Morris. I-80 now is a tollway from the Indiana border to the point where it connects with Interstate 294.

The bill, House Joint Resolution 50 (HJR50), is a resolution calling on Gov. J.B. Pritzker to direct the highway authorities to begin the process needed to obtain federal approval to convert the section of I-80 to a tollway.

Approval would be required in both the state House and Senate.

John Greuling, chief executive of the Will County Center for Economic Development, which formed the I-80 Coalition, called HJR50 “a good move.”

“If we leave the state to its own devices to try to figure out how to fund the reconfiguration of I-80, we could be waiting a long, long time,” Greuling said.

Walsh said as much as $1.5 billion could be needed to complete improvements planned for 16 miles of I-80 between Route 30 in New Lenox and Ridge Road in Minooka.

The state is considering a capital bill that would authorize $38 billion to $40 billion in road and bridge improvements during 10 years, he said.

“To go and ask for a billion and a half [dollars] for just
16 miles is a huge ask,” Walsh said.

Plans include extra lanes, new interchanges and bridge improvements. But most of the plan, including replacement of the bridge over the Des Plaines River and upgrades at the Chicago Street interchange, is not funded.

Illinois Tollway officials have expressed willingness to take on the project.

Former board Chairman Bob Schillerstrom spoke to Will County and Joliet officials last year and said the tollway could speed up the project. Pritzker has since appointed new members to the tollway board, including two from Will County.