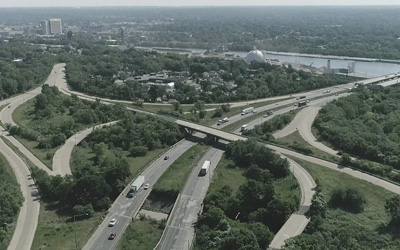 As one of the country’s three coast-to-coast interstates, I-80 through Joliet and Will County carries approximately 80,000 vehicles a day, about 25% of which are trucks. Advance work on I-80 started last year with a $41.7 million project to replace eastbound bridges over Hickory Creek, Richards Street and Rowell Avenue/Canadian National Railroad, and westbound over Richards Street, in Joliet, Rockdale and New Lenox, while widening eastbound I-80 from Gardner Street to Rowell Avenue. Once the eastbound improvements are completed later this year, similar improvements will begin in the westbound direction.